Nintendo’s Splatoon franchise has been in need of a bit of a touchup for a while now. The first Splatoon made about as big a splash as was possible on the beleaguered Wii U and two years later Splatoon 2 brought the series to new heights on the Switch. The momentum didn’t necessarily continue, though, as Nintendo seemed to temporarily forget the franchise existed after its second entry. Ah, but you can’t keep a good mollusk down, and after a five-year-plus absence the series returns with Splatoon 3 this week.

With over 13 million copies of Splatoon 2 sold, there are undoubtedly plenty of fans hungry for more eye-popping aquatic action, but has the squid shooter concept remained fresh? Or is it time to turf this surf? Time to dive in…

The basic Splatoon concept doesn’t change much with this third entry. You play as an Inkling or Octoling, and can use a variety of weapons and gadgets to coat the walls, floor, opponents, and anything else in your path with glossy neon ink. Once you’ve made your mark, you can transform into a squid or octopus and swim quickly and fluidly through whatever color you left behind, which also serves to refill your ink supply. Conversely, getting coated with ink of a shade not your own will slow you down and eventually send you to Davey Jones’ locker. These mechanics work as well as ever in Splatoon 3, and everything from the globby spatter of ink to the squelching noise you make as you run remains viscerally satisfying. Thankfully, the fun of making a mess covers for a lot, with longstanding Splatoon issues like sometimes inaccurate-feeling aiming and a low tick rate just don’t feel like they matter as much here as they would in a more traditional shooter.

While Splatoon 3 is a quirky Nintendo online shooter, it’s still an online shooter, so multiplayer is at the core of the experience. The main mode you’ll initially spend most of your time in is Turf War, in which two teams of four compete to splatter the majority of the map in their color of ink. Once you reach Level 10, you can jump into the renamed Anarchy Battle ranked mode. Besides the rebranding, not much has changed here, with four familiar match types available (Splat Zones, Tower Control, Rainmaker, Clam Blitz). Splatfests, in which the community determines the answer to some burning questions via battles, also return with Tricolor Turf Wars being added to the mix. Other ways to play, including League Battle and X Battle, will be coming in future free updates.

Splatoon 3 may not add much in the way of new modes, but it does give players some more tools to spread colorful mayhem. A couple of new basic weapon classes, “Stringer” bows and “Splatana” swords, have been added, with the latter being the more successful addition. Stringers feel a bit slow and underpowered, while the Splatana feels hefty and empowering, particularly when firing off a charged-up vertical ink blast. Ultimately, the game’s main focus seems to be on special weapons, with 5 classics and 10 new ones being available at launch. These are among the most fun and elaborate the series has seen yet, like the Reefslider that transforms you into an exploding shark, the Crab Tank that gives you access to an adorable little crustacean mech, or the Tacticooler that hands out fresh powerups to you and your team.

This focus on specials hints that Nintendo may be aiming to reemphasize Splatoon’s casual roots a bit. The series was always meant to be the Mario Kart of shooters — accessible to all, with some room for mastery. Given specials are unlocked by simply inking territory, rather than scoring kills as they would in most other shooters, new and innovative specials give beginners more ways to influence the outcome of a match. Whether that’s a good thing will depend on your perspective, but Nintendo is delivering on their oft-stated promise to cast a wide net with the Splatoon series.

While Splatoon 3 is admirably approachable, it remains to be seen how well it keeps players on the hook. The game launches with 12 multiplayer maps (5 original and 7 recycled), which is more than its predecessors, but I wasn’t really blown away by the majority of the new additions. Most of the new maps aren’t very visually appealing and lack interesting gimmicks or innovations to set them apart. Hagglefish Market is probably the most promising addition with its bright visual theme and a decent selection of interactive elements, while Eeltail Alley, with its narrow layout and central curving elevated bridge, shows some promise. Others, like Undertow Spillway and Mincemeat Metalworks, just seem like standard-issue collections of ramps and platforms. While some of these maps may become favorites once players master their intricacies, I can’t imagine they’ll end up competing with some of the classics returning to the game like the rotating Wahoo World or charming and memorable MakoMart.

Again, I don’t want to imply playing Splatoon 3 with others isn’t fun. It is, and thankfully, unlike some other Nintendo titles, online play is largely lag-free. It’s just not as exciting as it once was. The only thing that feels really novel are the 4v2v2 Tricolor Turf War Splatfests, but those need some serious balance tweaks, as winning when on the 4-person defensive team is surprisingly difficult. The co-op Salmon Run mode, arguably the best addition to Splatoon 2, also hasn’t been updated much. Thankfully, you can now play whenever you want, and some new bosses have been added to the mix, but the updates are a bit underwhelming considering the original Salmon Run felt like it had a ton of room to grow.

Oddly, it seems like a lot of Nintendo’s focus was not on any of the core playable multiplayer modes but on the hub that ties it all together. Between matches, you can mess around in Splatsville, which is more visually impressive than the first two games’ Inkopolis, but as always, it’s really just a cosmetic wrapper for the game’s various menu options. Running around it also feels fairly sluggish (don’t worry, the actual gameplay is still dependably 60fps). Other additions, like lockers you can stock with various collectibles and a simple collectible card game are cute extras but not much more. Probably the most significant hub addition is the new ability to fire off a few shots in the test range while waiting for matchmaking.

Surprisingly, Splatoon 3’s most improved element is probably its story mode, “Return of the Mammalians.” The new campaign is much more substantial than past offerings, serving up around twice as many stages as Splatoon 2 (although the number of bosses is the same). The new overworld is spread across several islands covered with gross fuzzy ooze, which you have to clear away using power eggs to access stages and secret items. This, combined with a new skill tree, gives players more freedom than ever to play through the story as they see fit.

Story mode stage designs have been further refined over the past two Splatoon games, with more of a focus on what works (shooting and interesting use of special weapons) and less on what traditionally hasn’t (more precise platforming). You also have a new buddy, Smallfry, an adorably hideous little Salmonid that you can throw to flip switches, distract enemies, and other things, allowing for some simple puzzle-based challenges.

That said, while this is undoubtedly the best Splatoon story mode yet, it’s still a notch below what you’d expect from most top-tier Nintendo franchises. Levels still feel like they were assembled using a fairly basic editor, consisting of various islands floating in a contextless void. There’s also a fair amount of recycling going on here. Almost all the enemies you’ll encounter are repeats, with Nintendo rather shamelessly adding fur textures to familiar Octarian baddies to turn them into “Mammalians.” Some of the game’s bosses are also lifted from previous Splatoons or other past Nintendo titles. Credit where it’s due, though, the campaign does build to an appropriately intense and bizarre finale.

Nintendo is promising at least two years of updates for Splatoon 3, both free and paid, and given their treatment of past games in the series, there’s every reason to believe the support will be substantial. Unfortunately, it’s hard to shake the feeling that Splatoon 3 just isn’t swinging for the fences the way it should right now. Splatoon 2, itself labeled a safe update by many at the time of its release, added significantly more to the franchise’s core experience than this game. Perhaps things will look different in a year or so as updates roll in. Whether you’re willing to keep your lure in the water until then is up to you.

This review was based on a copy of Splatoon 3 provided by Nintendo. You can grab a copy of the game here. 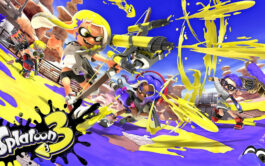 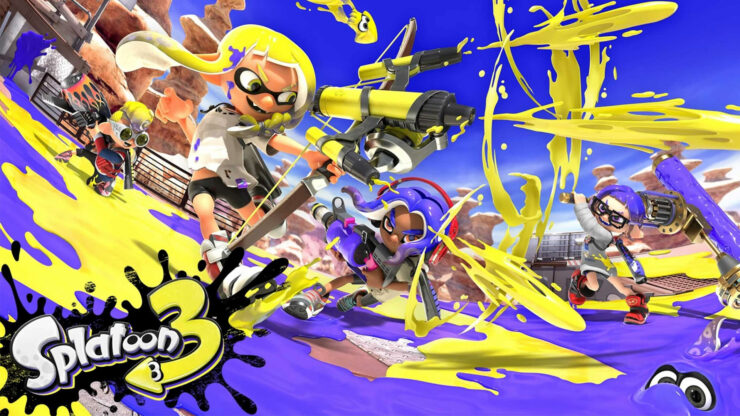 Splatoon 3 may be the series’ best entry yet, featuring some nice gameplay tweaks and new weaponry, an expanded and polished story mode, and more launch content than its predecessors. That said, it’s very much an evolutionary sequel, every bit as iterative as many of the shooter franchises it’s meant to be an alternative to. After a five-year absence, that may not be enough for some. Splatoon 3 is still fun and funky, but Nintendo’s squid shooter series can’t get by on freshness alone forever.