NBA 2K22 represented a nice step forward for the long-running franchise on next-gen consoles, offering refinements to the on-court action and a handful of smart tweaks to existing modes. Of course, putting out a well-liked sports game is one thing, following up on It is something else altogether. Too often the makers of annualized sports franchises seem happy to rest on their laurels once they get things right, and it would be easy enough to do that with NBA 2K23 this year.

So, which way does NBA 2K23 go? Does developer Visual Concepts step up to take the big shot, or are they happy with a safe trip to the line? Lace ‘em up, it’s time to hit the court yet again…

NBA 2K22 made a lot of positive strides on the court, improving shooting and opponent AI, and NBA 2K23 builds on those gains. The game’s overall pace feels more realistic, with a wide array of new animations making the action feel truer to life than ever. Sinking baskets remains simple, casting aside finicky gimmicks like NBA 2K21’s Pro-Stick shooting. A wide variety of shooting meters are provided this time around, most of which are very readable, and shot timing feels more natural than in the past. That said, don’t expect any lucky breaks. If you don’t land in the green sweet spot on the shooting meter, the ball is not going in the basket (past games would sometimes take mercy on you). I feel like this is a fair trade-off given NBA 2K23’s overall more approachable shooting mechanics.

Precision shooting also just isn’t as important as it was last year. NBA 2K22 really amped up the AI’s interior defense, turning it into a game of jump shots and three-pointers. This time around, things have been rebalanced to give slashers more of a chance, with new dribble moves, switchbacks, layups, and dunk options making it easier to successfully attack the rim. Of course, the trade-off is that the AI is going to be pouring the pressure on in the paint as well. Overall, NBA 2K23 just feels like a more balanced game, in which going for dunks and shooting from downtown are both perfectly viable options. Presentation-wise, the action still looks very good, although not all that different than the past two years. Visual Concepts seem to have settled on a level of fidelity for their next-gen NBA 2K games, and it’s unlikely to advance much from year to year.

As always, NBA 2K22 is roughly split into three parts – MyCareer, MyTeam, and MyNBA. The changes made to MyCareer last year, including eliminating the cinematic prologues the series had been doing for years and greater integration with The City online hub, continue and are improved upon here. This time you jump directly into your NBA career, skipping college, the G League, or anything else that might come before. I’ve been calling for this change for years, as people play an NBA game to experience the NBA fantasy, not the grind to get there.

You’re free to design your own MyPlayer baller (or scan your own face), but everyone will refer to you as “MP” regardless of what name you give yourself. This year your character and supporting cast feel more likable and fleshed out, and a relatively deep story unfolds as you progress your career. You’ll be dealing with a brash rival upset you were drafted before them, finding the right balance between focusing on your in-ring skills and building your brand, and taking on sidequests. The new Leadership system will periodically present you with choices, with your decisions leading you down the path of the General who focuses on the wellbeing of the team or the Trailblazer who’s in it for themselves. Depending on the direction you take, you’ll be able to unlock a wide array of Leadership Skills, with some of the higher tier ones being quite powerful. The Leadership system is a nice addition, as it makes your MyCareer decisions feel consequential and gives you a way to advance your MyPlayer without rote levelling (at least offline, as you can’t use Leadership Skills against human opponents).

The City hub that houses MyCareer and many of NBA 2K23’s multiplayer modes has been redesigned this year, largely for the better. It’s actually been reduced in size, fast travel points have been provided, and certain types of landmarks (cosmetic stores, multiplayer Rec, Pro-Am courts, etc.) are now bunched together for easier access. Best of all, most of your MyCareer moments now happen in a convenient backstage arena area. All these changes are good in theory, but unfortunately, I found performance in The City surprisingly poor on PS5, with my character feeling like he was swimming in molasses at times. Perhaps the servers were just overloaded. Thankfully, the performance issues disappeared once I jumped on a court for a quick game.

Moving away from MyCareer, the MyNBA management mode introduces Eras this year, allowing you to lead your team through specific time periods, like the Magic vs. Bird 80s, The Jordan 90s, or, of course, the modern day. While I still miss some of the more in-depth roleplaying from past NBA 2K GM modes, I have to admit Eras are a great way to spice things up. For those who don’t want to just fiddle with trades and coaching staff, games are given full era-accurate makeovers, with old-school graphics and filters that make the action look like it’s being viewed on an old 20-inch CRT screen.

The Ultimate-Team-style MyTeam mostly stays the course again this year. There are some new ways to play, including an online co-op version of Triple Threat, but none of it will change your mind if you’re not into this kind of mode. The W, which focuses on WNBA, adds a few new features like Community Goals, but for the most part, it remains a barebones experience compared to the rest of the game.

Of course, I’d be remiss if I didn’t mention the Jordan Challenge, which returns after more than a decade. The Challenge lets you relive a variety of landmarks from His Airness’ career, ranging from full games to shorter, more cinematic highlights. The mode uses the Eras visual filters to recreate historic moments in impressive detail and serves as a great casual starting point that I’d like to see more of in the future. Give us the Kobe Challenge or LeBron Challenge next year.

The Jordan Challenge also exemplifies something surprising about NBA 2K23 – it’s a great piece of new content that isn’t trying to extract anything extra from your wallet. Granted, leveling up your MyPlayer can be a bit grindier than in the past, but most of the major additions to NBA 2K23 aren’t designed to push microtransactions. In the case of MyCareer Leadership Skills, you actually have a system that mitigates the need to spend (again, as long as you’re playing solo). This is a welcome change of attitude for a series that’s seemed borderline obsessed with nickel-and-diming players at times. The makers of NBA 2K23 have added a lot of new ways to have fun, and for once, they’re not restricting access to the court.

This review was based on a PS5 copy of NBA 2K23 provided by publisher 2K Games. 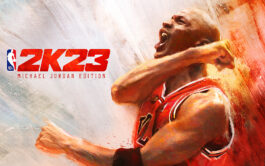 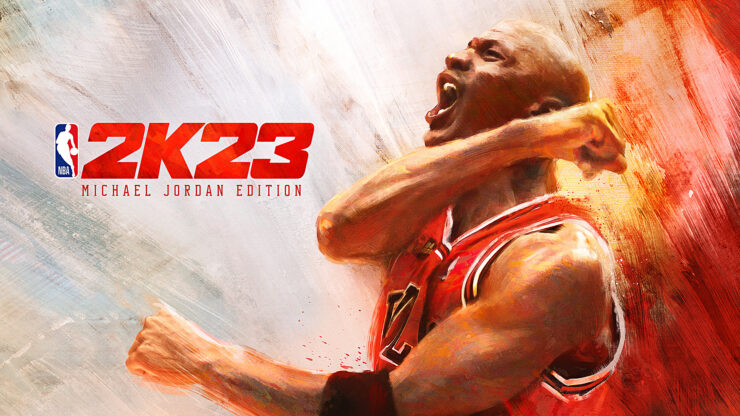 NBA 2K23 builds on last year’s rock-solid entry with some well-considered on-court changes, a deeper, more satisfying career mode, and an array of accessible nostalgia-tweaking content. Most refreshingly, almost none of these additions are designed to push extra spending. If Visual Concepts stays hungry, NBA 2K23 could be the beginning of a new dynasty that would do its cover star proud.

The links above are affiliate links. As an Amazon Associate, Wccftech.com may earn from qualifying purchases.